If Google likes your content you can make it happen

I wanted you all to know that, once you put your mind to it, you can make it happen. When I first started. As a result, there are no limits to what you can do. My website had only one post before this one. And I created this second post. to let you how successful you can be just by following the rules. After seeing Google ads pay per click banners on my website, I was happy that I had made a breakthrough record  high, that no one else had done before. Because everybody knows or thought they knew that one post would not do. But I proved them wrong.

At first, I ignored my website because it was only one post. Because I was pretty busy with my other website updates. But I went ahead and worked on it some more. Someone else told me that it would take at least nine pages to get Google’s approval for pay-per-click ads. I ignored this website for a while.

But as I said, I decided to work on it to update it further to get my SEO score up to a hundred percent correct spelling. Punctuations, adverbs, passive voice, and phrases with simpler alternatives. And sentences that are not too hard to read. That is all you need to learn what to do. And it’s hard work but it’s worth the time and effort you put into it in the end.

So I worked on it to make it as perfect as possible by re-reading and rewriting the content. Thinking of a brains storm topic is essential and necessary if you want to attract your audiences attention. I did my best to make it interesting enough to attract your attention with incredible facts. And interesting enough to read. I learned the skills well enough to get the content as perfect as possible. As I would the rest of the content on my other websites.

When I started with the wealthy affiliate program. A support team member had blocked me from using their site comment page to get credits. Were they hating and did want to see me make it? Or being a snob hater? But it was not a very nice thing to say or do to me. That was what people call favoritism.

If you are not on their liking side they are hating. It was an attack from an internet troll working for Wealthy Affiliate lol. They are a joke let me tell you whoever that was. And showing their true colors. The good book says you will know them by the fruits of their spirit. And that is true because I see it in most prejudiced people.

For instance. when you open a door for someone they don’t say thank you. When you say good morning to someone they won’t speak or look at you. When you smile at someone they think you are after something lol. I mean the world is going crazy out there. And this pandemic must have triggered something bad. On people’s minds psychologically to make them worst.

That type of person thinks they are slick and smart but are nothing according to the good book. The Bible tells us, do not throw your pearls upon swine. In other words, they are miserable and small-minded people.

Who do not care about anyone else but themselves. They had the nerve to take matters into their own hands because they thought they could get away with it. And lie about you to stay on top of the matter or situation if something goes wrong for them. People with bad attitudes are small-minded and are quite ignorant as the good book says they are. The wisest person is one that listens and learns. Not one that thinks they know everything and keeps running their mouth. That is somewhere in King Solomon’s proverbs if you want to search for it.

So, I told them who gives you the right to block a service I had already paid to join. Of course, the complaint went to a higher source and lifted that block off. It is so sad that people, in general, are so vindictive and hateful. Thank God there are prisons for bipolar people who can’t control their emotions and anger. I wish they had one for internet trolling as well.

They don’t know this yet, but one day all that evilness is going to backfire on them. Because it’s the law of nature. If Karma doesn’t get them. The word of God will. It clearly states its laws that if you give you shall receive. And if you take it shall be taken from you 7 times greater. And treat others the way you want to be treated. That looks like people who are gluttons for punishments. And that’s a fact jack!

They said the reason they blocked me was that someone else told them I could not create content. That was an insult to my intelligence. They might think I’m dumb, but I am far from stupid. I only worked on it for a couple of months. But I learned at an exhilarating speed. Because the video lessons were so easy to understand.

And this proved them wrong, and I finally put them to shame with one freaking post. Don’t judge a book by its cover is what I always say. These types of people are internet trolls. They put down and bully other people around. Who have a superiority complex. And are an insult to your intelligence because they have none.

Whatever A Man Sows, That is What He Shall Reap

Proverbs 1: 5 A wise man will hear and will increase learning, and a man of understanding shall attain unto wise counsels:

1st Corinthians 3:18 Let no man deceive himself. If any man among you seemeth to be wise in this world, let him become a fool, that he may be wise. In other words, let them act like fools until they learn to act like civilized people and start being wise about leaving foolishness alone. Life is real and it will get to you if you do not get to it.

There is a verse in the bible that says. Judge not that ye be judged the same way. Thus, it takes one to know one, right? That means they do not know what good content is after all. They only speculate. Since someone else told him that before about their content.

They want to take that out on someone else. To keep the drama rolling. Most people always take out their frustrations on others because it was done to them. It’s a vicious circle. How about that! They do it to make themselves feel less incompetent for what they accused me of not being good enough for. Trying to make themselves look better than me Ha!

Is it possible to get pay-per-click Ads With Only One Post?

If you can check out most of my websites, I have Google banners all over. And fixing to add more banners from Google. When I saw this post this morning It was astounding that this could be possible. And I am excited. Wow, I said to myself. Did I do that? An image of Erkel flashed in my mind.

Yes, I finally cracked the code. If you do your content right it matters as a whole too. Include your codes because one little slip of the finger can get you all messed up.

And having to start over again. And believe me, I have already experienced these kinds of problems. If you have broken links it could be almost impossible to find the mistake. Like looking for a needle in a haystack.

But if you take your time you can do it. It’s all about paying attention to every single detail. I don’t mind giving out some of my secrets because I do it for God and myself.

To help others get out of confusion. And back on the right track not only for God’s sake but for ours as well. Ignorance and lies die and get caught dead on their own tracks Because they do it to themselves. But the truth lives forever.

But I found it because I did not give up. I was at it the next day and kept moving forward. At times I would spend all night getting all my other websites updated and monetized. one more thing. When you create a website make sure you find a niche you would love to talk about.

Learn by doing searches for great content. But in all please try not to copy someone else’s writings or posts. Because it is paganism. Always revise something you read if you are going to post great content. Use your own words and make it intriguing.

All in all good luck my friends I hope I gave enough info for someone to start getting on it till you get it perfect. Or at least try. Remember the verse I can do all things in Christ who strengthens me?.

Well, there is a reminder there that also tells you you can do this. Anything you put your mind to and even better than the average man. But you need to have a zeal for knowledge.

My motto on Pinterest is. if you fall, get up. If you fail try again. If you get depressed meditate. But never give up until you reach your goal. Good luck to everyone else God bless.

Take advantage of the 7-day free video lessons on how to build your website with no experience needed. And earn money online through your referrals. Further, we have several affiliate programs within the membership, that are free to join. That is another plus for making money online. And bogging could be your niche. It’s mine and it’s accelerating since the pandemic due to a lot more people getting online. Searching for jobs and whatnot. We have a yearly plan and a monthly plan as well. You have 7 days. If you do not join, you can keep your website free of charge. Good luck. 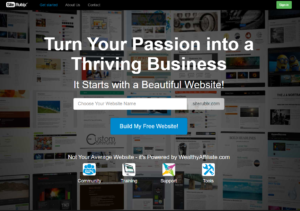 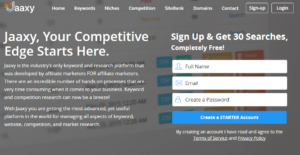 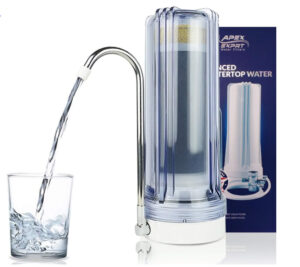 Exposing The Biggest Secrets that our Gov. has been hiding from us for thousands of years. Did Adam have 2 wives? 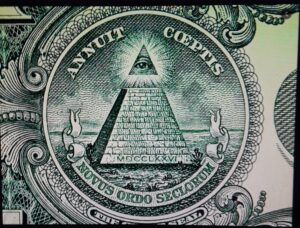 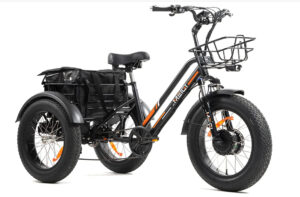 We Help You to Build Your Network Marketing Business

Why are the President, Gov. Officials, Famous Musicians, and Actors. Worshiping A Thirty-Foot Owl at the Bohemian Grove? 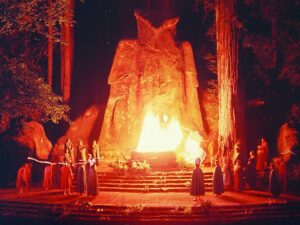 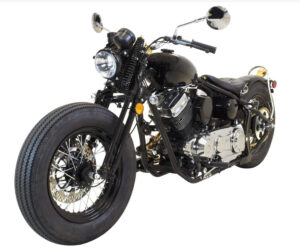 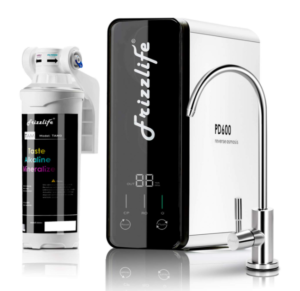 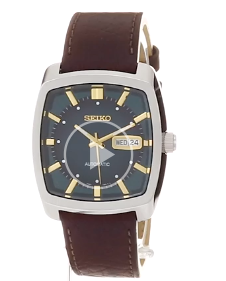 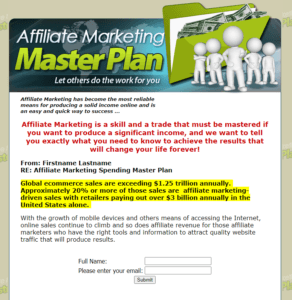 Webtalk is a Free Affiliate & Social Media Platform for Affiliates 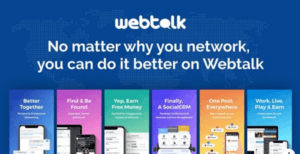 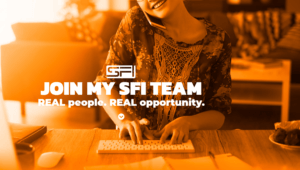 Can Your Website Builder Do All This For FREE? 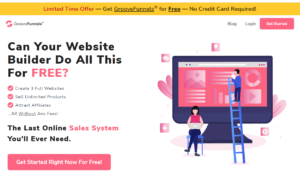 Start Earning Today! Sign Up To Become An Affiliate 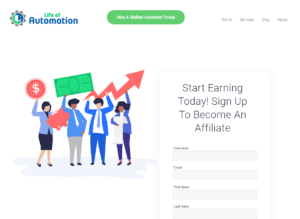